← more from
Lovemonk
Get fresh music recommendations delivered to your inbox every Friday. 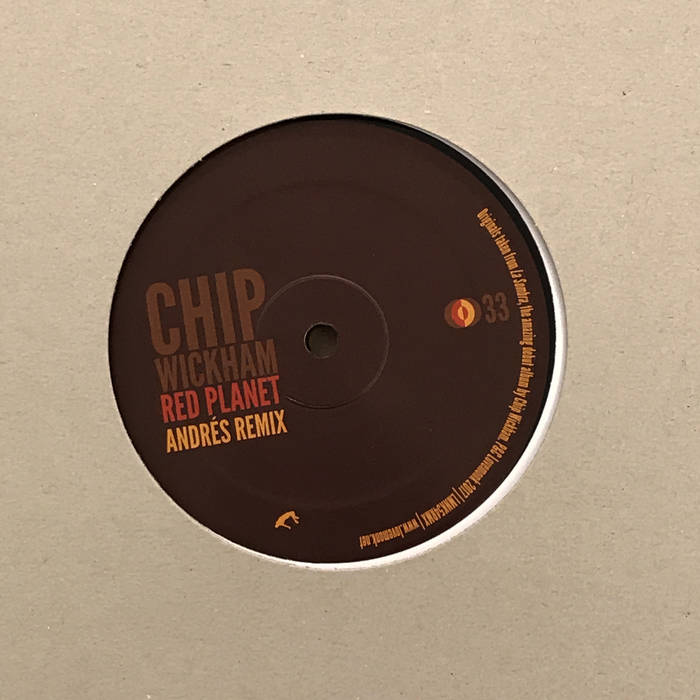 Listen to the Andrés Remix on Stamp The Wax: www.stampthewax.com/2017/06/19/premiere-chip-wickham-red-planet-andres-remix/

On the back of Chip Wickham’s fabulous debut album "La Sombra" come two quite different but equally mouthwatering remixes of two of its tunes. On the A-side, Detroit house stalwart extraordinaire Andrés grabs ‘Red Planet’ by the ear and drags it straight to the dance floor. And he means business: no beating around the bush with intros and the like – it’s hands in the air and go from start to finish. Relentless.

The other A side, A.K.A. AA side, is for L.A.’s ambassador of avant-garde and spiritual music Carlos Niño. Rather than remixing the album’s title track in the strict sense of the word, his ‘Spaceways Radio Edit’ adds a subtle and otherworldly flavour to it, extending the mix with some gorgeous ambient washes.

"La Sombra" (Lovemonk, January 2017) is Chip Wickham’s first album after a 25-year career touring, recording and experimenting across three decades of jazz, funk, soul, hip-hop, Latin and electronica. It’s a monumental record for Chip as it symbolises the moment he stepped out into the light as a director of his creations with freedom to explore his roots, express and tell his version of jazz, and pay testament to his heroes Roland Kirk, Yuseef Lateef & Harold McNair.

"This is coming from the outside, I was like whooooa, easy – Chip Wickham! Blowing hard – they got it right!" – Gilles Peterson
"An impressive solo debut" – London Evening Standard
"Majesterial and electrifying stuff" – Blues & Soul Magazine
"I'm becoming convinced that Chip Wickham is a genius. The way he writes, the vibe he creates. Double groovy!" – Craig Charles
"I love this record" – Matthew Halsall
“WHAT a bloody album” – Snowboy
"Can hardly wait for this release, Chip Wickham is THE jazzing man of the moment" – Paul Murphy
"Helll yeah, I've been bumpin' this" – DJ Lefto
"Fxxing love this" – Eddie Piller (Acid Jazz)
"Love this album and couldn't turn it off" – Dean Rudland